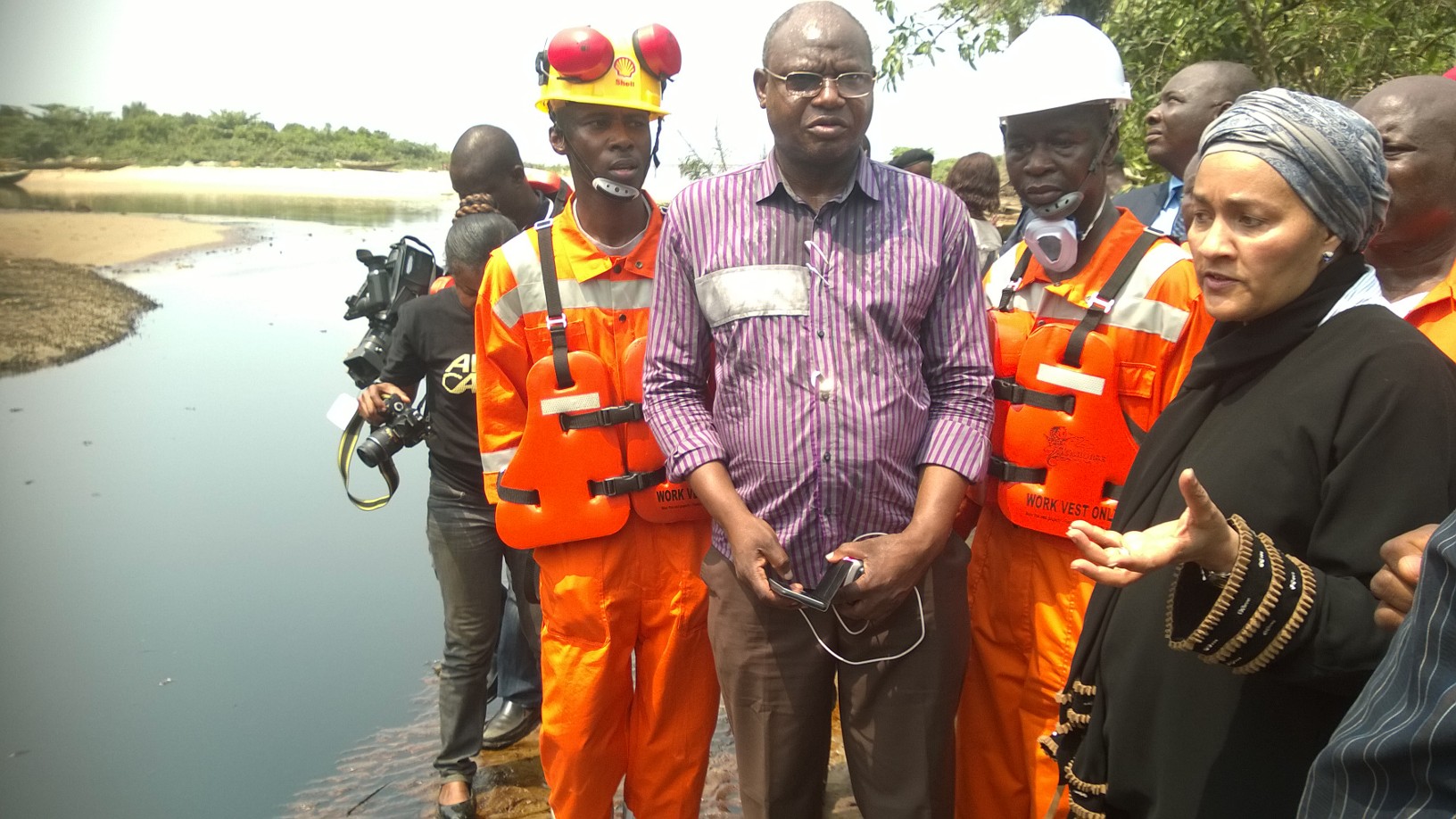 As Nigerian Environment Minister becomes Deputy UN Secretary General- HOMEF sees the appointment of Amina Mohammed, the Minister of Environment of Nigeria as the Deputy Secretary General of the United Nations, as a validation of her clear focus and universal commitment to the common good – and especially to the environment. Within the short time of her being on the seat as the environment minister, she worked tirelessly on many fronts including efforts to get the implementation of the UNEP report on Ogoniland a reality. Under her tenure the Hydrocarbons Pollutions Remediation Project (HYPREP) was restructured and gazetted. The structures needed to implement the clean-up process has been set up and work on the ground was expected to commence by the year’s end.
One other front on which this Amazon fought gallantly was to ensure that the flawed Superhighway project of the Cross River State government did not proceed without an approved Environmental Impact Assessment and the free prior informed consent of the forest communities.
She has also worked on the plans to set up the Great Green Wall as an economic corridor that would integrate local populations in the battle to check the desertification menace in Northern Nigeria.
HOMEF regrets that under her watch the National Biosafety Management Agency issued hasty permits to Monsanto to introduce three genetic engineering events into Nigeria on Sunday, 1st May 2016. We have called for a radical review of the law setting up the agency to eliminate conflict of interests where board members are also applicants for licenses and tightening safety rules for the protection of our biodiversity and human health. We are hopeful that steps will be taken to address this issue.
On the whole, the mark of her administration has been a bottom-up approach with communities extensively consulted on plans and projects.  The team of Amina Mohammed and the Minister of State for Environment, Ibrahim Jibril, showed that, with commitment, understanding and determination, it is possible chart a positive path and to make a difference, within very difficult circumstances.

HOMEF congratulates and sends our very best wishes to Ms Amina Mohammed as she assumes her next assignment. Her time in the Ministry has shown that this is one sector where concerted efforts can be holistically made for the benefit for all Nigerians irrespective of which part of the nation they reside in. We strongly hope that the Ministry of Environment will continue on the path of pro-people actions and that the Minister of State will seamlessly step up to fill in the gap.