Standing up for the Trees! 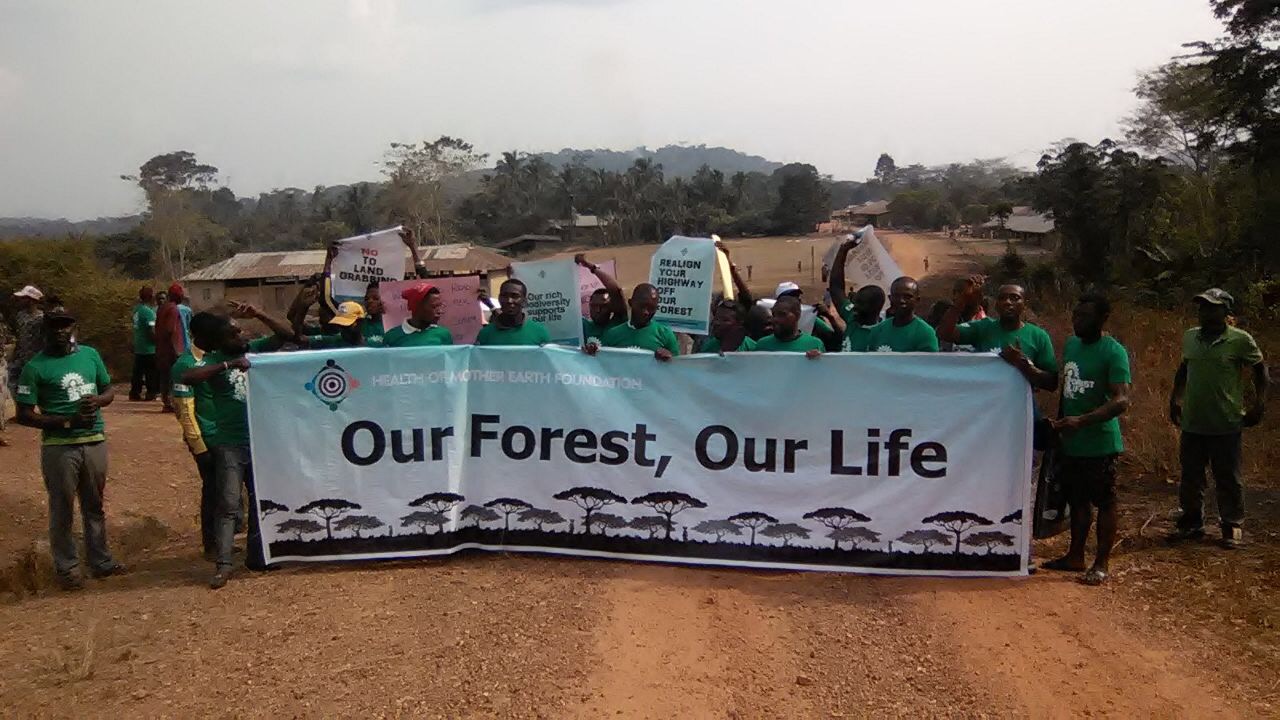 Communities stand up for the trees! Communities are best placed to monitor their forests because they live in the forests, depend on forest resources and readily notice threat and changes that occur in such forests. When the communities, such as yours, are especially dedicated to preserve forests, monitoring becomes a top priority. It is with this understanding that Health of Mother Earth Foundation (HOMEF) is engaging in the training of forest monitors in your community. This exercise is a follow up to our earlier forest dialogues and training on forest EIA. We believe that you will further train other monitors so that we build a strong network of forest watchers and defenders.
The monitoring training is developed in modules covering aspects including what forests are, the laws and regulations cover our forests, the health impacts of forest degradation, tools and methods for forest monitoring, reporting and ecological defence. In the training process, we will also stress the fact that a plantation is not a forest. This is something you know very well because a plantation is an enclave of monoculture and cannot provide the services that forests provide. Moreover, plantations are often out of bounds to communities except for individuals sometimes employed to provide cheap labour on them. The expansion of oil palm plantations in this part of the country is already impacting on the Cross River National Park (CRNP) and community forests. This monitoring training will equip communities to document changes, unauthorised entries/encroachments and duly bring such to the attention of relevant government authorities.
This effort is being conducted with the support of the Small Grants Project of the Global Environment Facility (SGP/GEF) and is targeted at ensuring that the pristine community forests of Cross River State, Nigeria, as well as the CRNP are not degraded, destroyed or converted through any action or activity inimical to the interests of the people and the planet. The immediate threat to the forests in the Cross River State is the proposed six-lanes Superhighway project that is supposed to stretch over a distance of 260 kilometres and connect a proposed sea port to Katsina Ala town in Benue State, Nigeria.

As the WCS stated in one of their reports, “the listing of the small Indian mongoose and Chinese alligator [in the EIA] is truly shocking and strongly indicates that the consultants may not be competent or qualified to undertake a project of this magnitude and importance.”

The Superhighway project met local, national and international outrage because of the threat it poses to the last tracts of rainforests in Nigeria and because the government also revoked your occupancy rights and that of individuals and other communities in the area lying within 10 km on either side of the proposed highway. The proclamation that the record-breaking land grab was for the purpose of creating a development corridor was not bought by you or by other communities and the general public. HOMEF applauds your resilience and defence of your forests and our collective heritage. 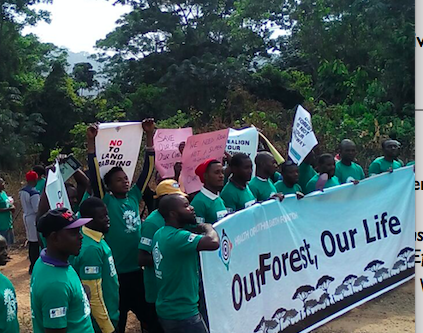 It is salutary that the government of Cross River State has announced that the revocation order has now been annulled. This is the sort of outcome that we can expect from frontline ecological defenders such as you in the affected communities. We use this opportunity to call on CRSG to issue a gazette affirming the annulment of the revocation order and declaring that the community forests and the CRNP must not be assaulted by any act of land use changes or infrastructure development. This is the way to protect our biodiversity for our good, for future generations and for the overall good of the planet.
We also call on the CRSG to assure the world that their threat to continue with the Superhighway project without an approved EIA was a grave error that would not be carried out. A situation whereby a state government flagrantly breaks the law would spell disaster for resource governance and could lead to a breakdown of law and order as the government itself would not have the standing to demand that project proponents within the state obey any of the state’s environmental regulations.
We also note that the EIA in question has been shown to be unacceptable by the Federal Ministry of Environment and noted experts and groups including the Nigerian Conservation Foundation (NCF) and the Wildlife Conservation Society (WCS). As the WCS stated in one of their reports, “the listing of the small Indian mongoose and Chinese alligator [in the EIA] is truly shocking and strongly indicates that the consultants may not be competent or qualified to undertake a project of this magnitude and importance.”
We reiterate the call that the Superhighway should be realigned away from forests or, better still, the government should simply repair and expand the existing dilapidated highway. Above all, it is your commitment as forest dependent community people that can decisively stem the forces of forest degradation.
You are welcome to this training. We will have more of trainings and dialogues here and in other communities. We pledge to stand with you at all times to ensure that our heritage is not abused or destroyed for any reason.
Until victory!