Systemic Betrayal of Farmers (and Consumers) 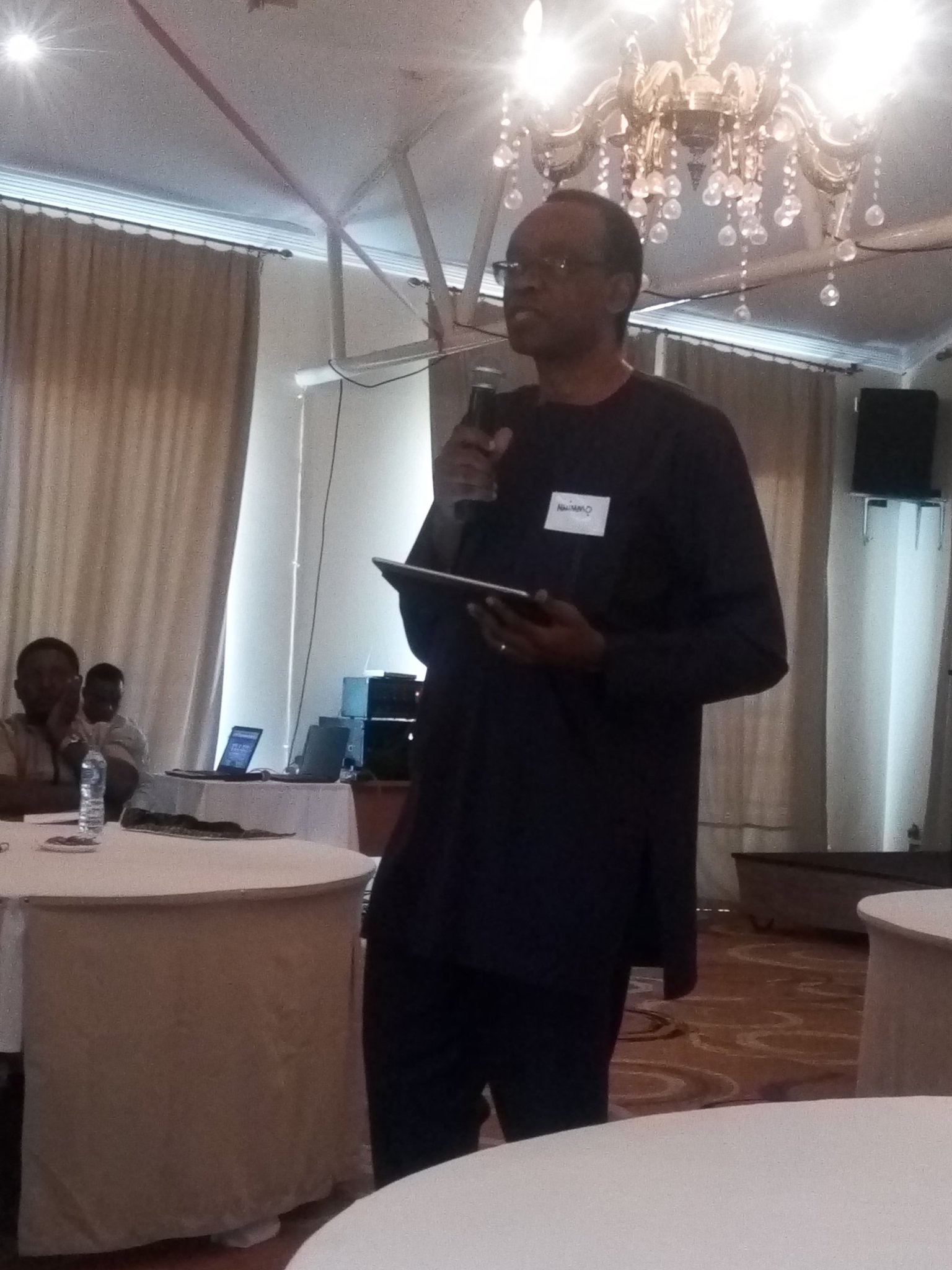 Systemic betrayal of farmers. Applications for the introduction of genetically modified organisms (GMOs) into Nigeria started flowing literally before the ink with which the bill was signed into law had dried. Promoters of modern agricultural technology, notably the agency set up for that purpose before the law was dreamt up were ecstatic. In less than a year, the controversial biotech and chemical company, Monsanto, had collected the first three GMO permits to ever be issued in the country.
This was very significant, not because of the recipient but because they were applying to introduce a crop that had just failed spectacularly in Burkina Faso. That was the Bt cotton that had nearly ruined cotton growers in that country. The Nigerian regulatory agency, National Biosafety Management Agency (NBMA) apparently believes that Monsanto was too big to fail and that they would do better in Nigeria. The bad news for them is that just as they were not too big to be swallowed up by Bayer, the German chemical company, they are not strangers to failure.
Trust Built, Trust Betrayed
Farmers trust government to support their efforts to feed the nation. This implicit trust was built in the days before the so-called structural adjustment programme imposed on the nation by international financial institutions decimated the ranks of extension officers and other support mechanisms. The trust was also built by public research institutes providing sound agricultural advice, seeds and roots to farmers. Government and farmers were partners in progress. Today the faith of farmers that government would always extend the best support to them is being betrayed in obnoxious ways.
The betrayal happens because farmers are being sold the idea that genetically modified crops provide the best options to ensure high yield, enrich the farmers and abolish hunger from the land. Farmers are equally not warned of the harmful impacts of agrotoxics that they must apply as they grow the genetically modified crops. Superficial roadshows advertising GMOs are falsely construed to be consultations with the public. Glossy brochures, television and radio programmes with tilted and dubious information have become the order of the day. And they equally use local and foreign movies to add to their arsenal of falsehood.
Feeding Hungry Africans on Lies
The rapid evolution of the subversion of our food system is accelerated by the opening of the gates for an influx of genetically modified grains – like maize- thus constricting the market space for local farmers. We believe that it is time that our people begin to look the proverbial gift horse in the mouth, no matter who is presenting the gift.
The argument that Africa needs GMOs in order to feed her population is nothing but a commercial narrative that on scrutiny holds no water. For more than two decades that GMOs have been around they have not halted the upward rise of hunger in the world. Indeed, the yield from GMOs do not surpass those of natural crops. Instead of reducing the use of herbicides and pesticides, GMOs have created super weeds and super bugs requiring stronger doses of the toxic chemicals.
Dearth of Expertise
The absence of adequate biotechnology expertise in the development and regulatory sphere makes it inescapable that the biosafety discourse is shaped to suit the preferences of the actual developers who stand to gain from the technologies. The genetically modified maize (NK603 and MON 89034 x NK603)) varieties for which Monsanto got permits were not developed in Nigeria. The Bt cotton that has been approved for placement in the market was not developed in Nigeria. The GMO cassava being field tested at the International Institute of Tropical Agriculture (IITA) in Ibadan was developed in Switzerland. All the GM maize and soybean being approved for various purposes in the country were developed elsewhere. In addition to being developed elsewhere, the required risk assessment before they are brought into Nigeria is perfunctory exercise.
Mute Food Safety Controllers
The National Agency for Food and Drug Administration and Control (NAFDAC) that should safeguard the foods on our market shelf is busy playing the ostrich while the land is flooded with the products. Indeed, NAFDAC is expected to give a bill of health to any GMO product or seed before importers can apply to bring the GMOs into the country. At present it is doubtful if NAFDAC is providing such a cover for Nigerians. We say doubtful because the agency us yet to respond to an enquiry HOMEF sent to them on 1 February 2018 seeking to know if they granted a clean bill of health to enable NBMA issue permits to WACOT Nigeria Ltd to import genetically modified maize for feed and processing. The murky process through which the permit was issued to the company raises red flags over the entire regulatory architecture demanding closer scrutiny.  WACOT’s application was based solely on the fact that certain genetically modified maize varieties had been approved for use in the European Union (EU). However, it is our position that the approval of anything in the EU does not confer automatic endorsement for entry into Nigeria. Biosafety requires case by case risk assessment in each jurisdiction that any of the artificial organisms are taken.
Counting on The Law 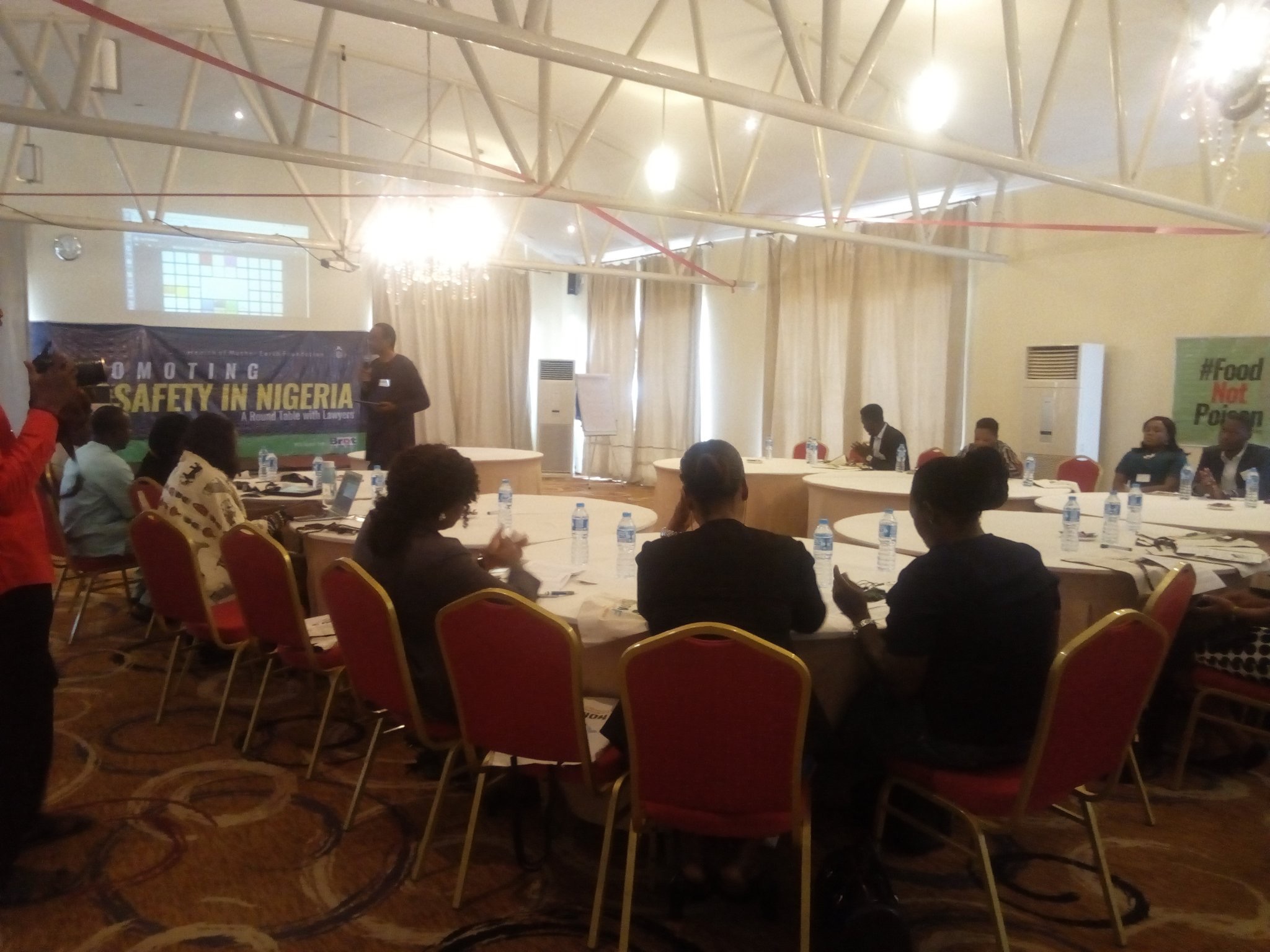 As legal experts, the Nigerian people need your help in fashioning out means of ensuring that we are not ambushed into eating anything without knowledge of their makeup and safety. Our people require your help in ensuring that our food system is protected and that our biodiversity is protected. Our people will be happy to receive an understanding of the provisions of the law governing biosafety in Nigeria as well as if what exists is sufficient to protect them. We also hope that you will keep an eye on unfolding events in other jurisdictions where for example, Monsanto has been asked by a court to pay $289m to a citizen of the USA for cancer attributed to the use of that company’s weed killer, Roundup.
In all, Nigerians want to know the legality or otherwise of the roughshod march of the GMO train in our land.

——-
Welcome words by Nnimmo Bassey at Round Table with Lawyers on Promoting Biosafety in Nigeria – held on 26 September 2018 in Abuja, Nigeria