An Eye on Biosafety 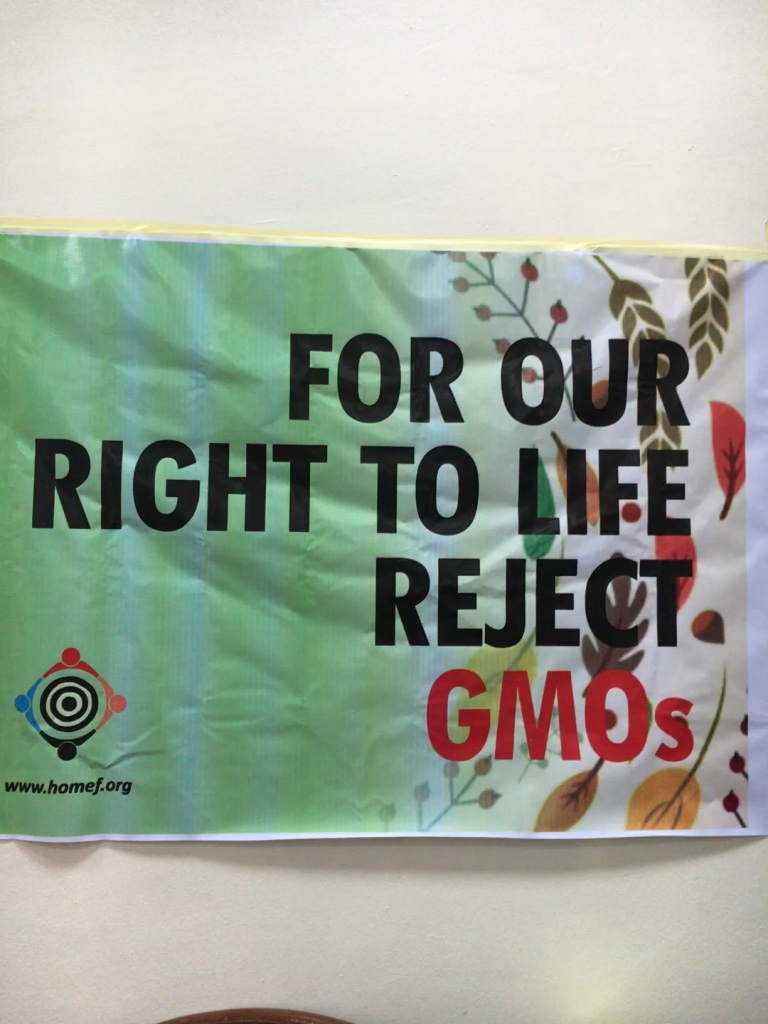 The natural world is a resilient world. A major way by which this resilience is built and preserved is through diversity. Diversity raises the chances of survival of species if a part of the group is attacked or altered by some freak incidents. Diversity within species sometimes enhance multiple usage due to their colour, texture, smell and taste. For example, there are about 50 maize varieties in the world today, but the most common are the white or yellow ones. Today a number of these varieties are genetically modified to either tolerate certain herbicides or to produce toxins that kill off some pests.

The business of genetic engineering is just that: business. Promoters target staple crops or varieties with wide industrial usage in a bid to take control of markets and food systems. Since the advent of the first wave of modern agricultural biotechnology the promises of this technology have been that they would end hunger, increase yield, reduce chemical inputs and so on. More than two decades on, these claims remain myths.

What has not been mythical concerning the technology is the fact that it has been pushed relentlessly byphilanthrocapitalists and related business speculators. The narratives that keep the risky and failed technology alive is mostly fetish. People tend to think that technology can solve every problem. More importantly, the push is empowered by neocolonialism and control. Willing warrant chiefs get elevated and integrated into systems where they have ready access to beads, whiskies and gunpowder.

Failure is wished away and risks and rejected. Two examples. First is that it was in the same year that genetically modified cotton (Bt. Cotton) failed spectacularly in Burkina Faso that Nigeria approved the same variety for release in the country. That permit was issued on a public holiday that also happened to be a Sunday (1 May 2016). By December 2019 the National Biosafety Management Agency had issued 13 permits for various types of GMOs.

When the president of Uganda insisted that that country’s GMO law must have strict liability clauses, the promoters of the technology accused him of attempting to stifle science. In other words, Africans should be guinea pigs and accept to be used for experimentations with no one taking responsibility over possible mishaps. The Nigerian law does not have strict liability clauses.

The process of subjugation of our agriculture and food systems to corporate interests goes on in various tracks. GMO food products flood our markets without much regulation. HOMEF conducts annual market shelves surveys and finds GMO products in shops and markets across the nation. Most are brought in without any form of authorization by the relevant agency, beyond the NAFDAC numbers on them.

There was an interesting case of a seizure of over $9m worth of genetically modified maize imported by WACOT from Argentina. After much theatre orchestrated by the NBMA, the Nigeria Customs, the NASS and the Federal Executive Council, the seized maize were ordered to be sent back as they were imported without approval. Within weeks, the importer applied for a permit to import genetically modified maize and was granted a three years license to import GM maize at will.

Here is how the NBMA explained their about-turn on this matter:

‘NBMA confirmed that WACOT imported GMO maize in December 2017 and explained that it was after the firm had applied and met all regulatory conditions necessary for approval as prescribed by NBMA, which the firm was unable to do at the time its goods were not allowed entry into Nigeria. ‘’The Agency issued some permits and due processes were followed in the course of reviewing the applications and ensuring that all the necessary requirements are met before the permits were granted,’’ she stated.’ The agency also accused HOMEF of making unpatriotic comments concerning the WACOT matter.

The second wave of GMOs have since been released in the world without much regulatory restraints. These are of the gene drive types and already find application in manufacturing. They have been called extinction technologies as they have the capacity of wiping out targeted species within a few generations. An experiment towards wiping out anopheles mosquitoes in Burkina Faso is being attempted. Nigeria is a whistle away with the amendment of the NBMA Act to include gene drives and synthetic biology!

Researchers believe that the new GMOs have the potential to transform our natural world and even how humans relate to it. According to Friends of the Earth USA, “Gene drives force a genetically engineered trait to be expressed in every single generation, driving engineered traits through an entire species to permanently change it or cause it to go extinct.” Needless to say that this technology poses a threat to human safety as they can easily be weaponized or even used to trigger a pandemic.

Welcome words at HOMEF’s Biosafety Roundtable held on 24.11.2020 in Abuja